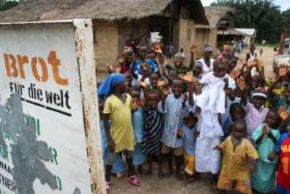 Let me preface my comments by saying responding efficiently and effectively to an Ebola outbreak would in all probability be a challenge for any country in the world.  When the Ebola outbreak occurred in Guinea, our neighboring country early in 2014, we as a country seem to have missed the opportunity to ensure our preparedness should we have an outbreak in Sierra Leone.  When the outbreak did occur, we were not prepared for it; the necessary PPEs (personal prevention equipment i.e. masks, goggles, gloves etc. were in short supply, testing centers and laboratories were not set up to handle testing for Ebola).

Medical staff not trained at first

Medical staff were not trained in proper use of the PPEs, Medical expertise with genuine knowledge and experience in dealing with Ebola were in extremely short supply.  Tracing units had to be organized and trained, burial teams had to be organized and trained.  Ambulances had to be procured and or refitted to accommodate only Ebola victims.   The general population began to protest vigorously that regular patients and Ebola patients had to go to the same facility for medical attention. This put the uninfected population at higher risk.

Only after the outbreak occurred was there mass training of medical staff in government and private hospitals, treatment centers and isolation units/wards established.  The rural population in Kailahun District, the first “hot spot” had not been sensitized and the Government and other first responders did not take into account traditional customs and rites related to caring for the sick and burying the dead.

Little sensitivity in dealing with customs

Added to that was the fact that the behavior of the Ministry of Health, accompanied by Military and Police, showed little sensitivity in dealing with the population directly affected. Rumors were plentiful as to the cause and role of the government in addressing the issue.  In some cases, the outbreak and response was attributed to political dynamics (the outbreak occurred in the opposition party’s stronghold or heartland).  There was a genuine lack of trust between those who desperately wanted to assist and those who desperately needed the assistance; this lack of trust developed into opposition and resistance dynamics that fed on and grew due to misinformation and rumors.

All the above has led to this point; the Ebola virus and response has reached crisis point.  The government, as evidenced by the recent announcement of the National Public Health Emergency by the President (60 to 90 days in length), is attempting to launch a more effective and efficient response aimed at limiting the transfer of the Ebola Virus to other uninfected persons.  A national response plan has been developed that clearly presents the resources available and needed and the gap between them.  Under the national Public Health Emergency, movement of whole communities is been restricted and some may be quarantined.  To ensure this and to enforce the new rules and regulations, the Military and Police have been empowered to assist and protect medical responders (government and NGOs) as they engage in response initiatives at the community level.  There continues to be a steady increase in the number of confirmed cases and deaths, thankfully the number of survivors has also increased.

Role of CCSL and its parishes: prevention strategies

CCSL, with Funding from the ACT Alliance, launched and intensive sensitization and awareness building campaign in villages and communities within the Border Chiefdoms (bordering Guinea and Liberia).  This campaign included training and collaborating health workers, sensitizing traditional authorities (Christian and Muslim leaders, Market Women’s associations, school teachers and students, transportation unions etc. We have purchased radio time for panel discussions conducted in local languages for community people with a “call in” segment where the radio audience can call in for clarification of issues. We have provided megaphones and given megaphones to town criers and village level Ebola Task Forces  to continue spread Ebola messages, Posters and fliers were printed and distributed that illustrates (to a largely illiterate target group) origin of Ebola, signs and symptoms, containment and prevention strategies for persons and communities.   CCSL is also a member of the National Ebola Task force that meets 3x a week, we are a member of the Communication Working Group and thereby have the opportunity to influence the Ebola Messages used to sensitise the general population. We receive almost daily Ebola updates on the progression of the disease and these are disseminated to our local and international partners.

Recently we have invited other religious bodies (Catholic mission, Pentecostal fellowship and different Muslim bodies) to address the Ebola crisis from a united perspective.  This has now developed  into the Religious Leaders Task Force on Ebola (RLTFE) which in turn has conducted more anti Ebola trainings in more communities, the have printed Stickers for vehicles and T-shirts announcing that Ebola can be prevented; Heads of churches and mosques speak to their congregation not only from the pulpit but on radio and television.  Buckets of chlorinated water are now found at the entrance of many churches and mosques.

On the 31st   of July the president had a meeting with the religious leaders in his office acknowledging our role as moral grantors, informed us of steps  on the fight against Ebola, calling on us to work together

CCSL staff faces challenges in its engagement against further dissemination

One challenge for CCSL staff is the weather. It is the rainy season now and transport to rural communities is time consuming and hazardous due to the condition of the roads.Our vehicles (4 wheel drive and motorcycles) take a regular pounding. The other are the expenses. Accessing resources to cover the expenses for more training and sensitization at the Community level, training and sensitization of religious leaders, collaborating with Ministry or Health workers (assisting them with logistical issues)

In those areas that are the epicenter, movement will now restricted this will affect trade and livelihood of the people, people live here on a day to day economy, that is they go to the market to sell and then get money to purchase what they need that day, or they go fishing, cut fire wood or charcoal, sell and buy basic household necessities.  When movement is restricted, incomes and livelihoods will be affected.

The wellbeing of persons and access to medical services and health is disrupted.  The Ebola unit is in the Government General Hospital in Kenema.  I hear from staff that patients are apprehensive about going there for treatment when Ebola patients are being coming to the same facility when they are sick (vomiting and diarrhea).

Back to school in September?

Currently schools are on holidays, but the there is fear that in September they will not be open.  This will retard or set back the educational process for our children.  The attending danger of teenagers when they are left unsupervised with lots of time on their hands is the nightmares of mothers.  Public exams have been postponed due to the Ebola outbreak and this this will affect the performance of pupils taking the exams in as much as schools have been dismissed since mid-June.  The percentage of those passing the exams will decrease and this may affect students’ opportunity for future educational opportunities or employment.  In all probability gains made related in decreasing the school “drop out” rate among students, especially female students, may be lost while teenage pregnancy may increase.

Grief for the children

Personally, I am emotional affected; though our war was considered the most brutal during its time, my fear now of the situation is worse than it was during the war. Simply because you cannot see the enemy, you cannot adequately protect yourself from it, just a handshake from a friend/ relative and you may be contacting an infected person and your likelihood of survival is quite low.  Also as a Mother, I think about the number of children who would have lost their parents and because of that, possibly their link to good education at home and at school

It will take time to slow progression of disease

During the next couple of weeks, I expect a continued increase in the number of newly confirmed cases of Ebola and an increase in the number of deaths.  I do expect increased resources being applied to the crisis but it will take time to slow the progression of the disease.  As a nation we need to increase in the sensitization and awareness messages that result in empowering individuals and communities to rigorously implement the full range of Ebola prevention strategies leading to a decrease in the number of newly infected persons.  We need to rebuild the trust between the Government medical professional and staff and the populace in rural and urban communities. We also need to ensure that the quantity and quality of the PPEs used by the Health professional is readily available for those who need them.

God bless all of you and thank you for your support. Continue to pray for the front line medical staff who are protecting us to the best of their ability and for all persons engaged in attempting to prevent the spread of this virus.