The European Commission plans to repurpose the "Instrument contributing to Stability and Peace" – The European Parliament and EU member states should reject this project. (Berlin/Brussels, translated version of Press Release published October 11, 2016, by Bread for the World). 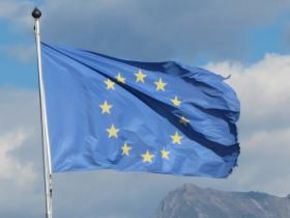 The European Commission is keen to use the EU’s civil conflict management budget, known as the Instrument contributing to Stability and Peace (IcSP), to fund equipment and training for the armed forces in third countries. With that aim in mind, it submitted a draft regulation, amending the IcSP rules, to Member States in July 2016. The German Government appears to be in favour of the proposal. Before it can enter into force, however, it must be adopted by the Council and the European Parliament. In the German Bundestag, the proposal passed through the committee stage with virtually no debate and with critical questions raised solely by Members from the opposition parties. The proposal was supposed to be deliberated in the Bundesrat on 14 October, but the debate was cancelled at short notice after the relevant committees recommended that it merely be noted without debate. Cornelia Füllkrug-Weitzel, President of Bread for the World, is highly critical of the initiative. “From a peace policy perspective, tacitly tolerating this breaking of taboos by the European Commission would amount to a capitulation,” she says. “What’s more, if development funds are also to be “repurposed” and ultimately channelled to the military, there is little hope that the EU and its Member States are serious about sustainable prevention measures that address the causes of conflict, or about peacebuilding.”

The Instrument contributing to Stability and Peace (IcSP) was established in 2014 with the aiming of increasing the effectiveness of EU policy in the fields of crisis response, conflict prevention and peacebuilding. Its remit is wide and already almost impossible to fulfil from the existing budget. If military functions are to be funded from these budgetary resources as well, this will inevitably take place at the expense of civil programmes. The Commission proposes to increase the IcSP budget (2.338 billion euros for 2014-2020) by 100 million euros but is not saying how it intends to source these additional funds.

One option being discussed in Brussels is to mobilise funds from the Development Cooperation Instrument (poverty reduction reserves) for this purpose – an option rejected by Bread for the World. Repurposing development funds would be irresponsible, for development funds are urgently needed in order to tackle the structural causes of conflict and migration. They are also very tightly calculated: for 2017, 60 million euros – almost a third of the IcSP funds earmarked for flexible and rapid crisis response measures – have already been allocated to migration “management” and border protection in Turkey. If capacity building for the armed forces is now to be funded from the budget as well, the paltry amount left over for civil peacebuilding will be symbolic at best. The German Government, the Bundestag and the Bundesrat should oppose the move.

Supporters of the Commission’s proposal justify the plan by strongly focusing on the threat of instability across entire regions and the need for a “comprehensive” approach to conflict management. The structural causes of conflict, however, are rarely analysed, let alone addressed, and there are no convincing proposals on ways of supporting the peaceful management of conflicts. In essence, then, “comprehensive” apparently means funding equipment and training support for armed forces in African countries. A coherent policy is not created by mixing budget lines. What is needed, instead, by the EU and its member states are interdepartmental policies and coordinated action which aims to prevent the escalation of violence and addresses the causes of conflicts, with civil conflict management taking precedence over the expansion of military capabilities.

Other faith-based organisations and development networks - Church & Peace, AGDF, and Venro (the umbrella organisation of development and humanitarian aid non-governmental organisations in Germany) - have expressed their criticism in public statements: